From Kumu Wiki - TRU
< Course:Law3020/2014WT1‎ | Group N
Jump to navigation Jump to search
The printable version is no longer supported and may have rendering errors. Please update your browser bookmarks and please use the default browser print function instead.

Legal Positivism as a System of Rights

Dworkin rejects propositions of the positivist's position that law contains only rules. Rules are empirical and created by legislators but are shaped by general principles of justice and fairness. In judicial reasoning Judges call on these principles to interpret and reshape the rules. Although Dworkin does not believe principles to be empirical, they are binding and judges are obliged to follow them in relevant circumstances.

Principles can be broken down into principles and policies. Policies are social goals pursued for specific interests of one segment of the population. Whereas principles are based on the ideas of justice and fairness that support certain rights and duties. They are shaped by social and political changes that occur over time.

When judges go against the rule, Dworkin explains this as the judges finding a contradiction between the rule and the principle. This is known as a hard case. Judges look towards the principles to re-interpret the rule and realign it with modern principles of justice and fairness. These hard cases then reshape the rules which will be applied in the future.

Rights for Dworkin come from these principles unlike former positivists where they are created by rules. Rights must be universally applied and the principles that shape them must be consistently applied in judicial decision making.

Dworkin is most controversial for his idea that there is a right answer in judicial decision making. This is because rules are objective and the principles that apply must be applied in a certain way 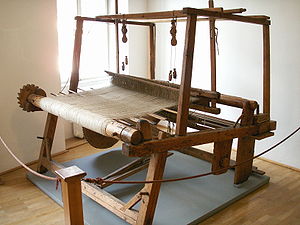 Judges are the “weavers” in the creation of the “fabric of law.” Where the law is considered the “strands” and the relevant principles direct Judges to “weave” these strands in the creation of a consistent pattern from the past and in shaping the pattern of the future.

Dworkin’s Analysis of the Judgement on this Case

Dworkin would define this case as a “hard case.” He believes that a hard case is one in which the rule does not correspond with the relevant underlying principles. This will require the judges to engage in legal reasoning, and the use of the these principles to shape the rule, reconciling it with said principles.

The Child Welfare Act is a “bare husk” until the judges interpret it. Judicial interpretation should involve legal reasoning where the principles will shape the “bare husk” of legislation.

Any rights the parents have are embedded in underlying principles of protecting vulnerable groups (i.e. children). Principles are based on justice and fairness, and allowing a parent to exercise a right (right to freedom of religion) that goes against the principle of justice (protecting children) would not be allowed.

Dworkin would not likely side with La Forest due to the fact that La Forest places the parents’ rights before the general principles of protecting vulnerable groups. In particular the fact that La Forest limits section 2(a) rights through the use of another Charter right, section 1. Dworkin says that rights should rather be shaped by underlying principles. Dworkin however, would agree with La Forest when he says that parents may interfere with their children’s rights as long as they do not exceed the limits established by public policy. (at para 86) This policy is in place for the social good of safety, directed towards the segment of the population, children.

Dworkin would agree with Lamer C.J.C because his judgment suggests that the the section 7 right of the parents comes from underlying principles and that those principles don’t include the ability of parents to choose or refuse medical treatment for their child. At para 22 Lamer says that “nature of the rights guaranteed by s. 7” are closely connected to and limited by the principles of fundamental justice.