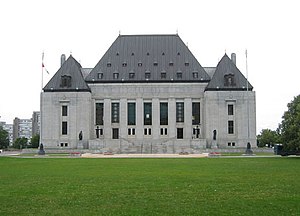 Facts: S.B. was born four weeks prematurely; she had several medical problems, which her parents consented to the treatments for. However, when it was suspected that S.B might have life-threatening congestive heart failure, the treatment of which would require a blood transfusion the parents did not consent as they are Jehovah’s Witnesses. The Provincial Court (family division) granted the respondent Children’s Aid Society a 72-hour wardship, which was extended to 21 days. During exploratory surgery S.B underwent a blood transfusion. A second Provincial Court order terminated the respondent’s wardship. Appellants appealed both orders to the District Court, dismissed the appeal and awarded costs to the Attorney General of Ontario. Court of Appeal dismissed the appellants appeal and cross-appeal from Attorney on the issue of costs.

Issue: Whether s.19(1)(b)(ix) of the Ontario Child Welfare Act which defines “ child in need of protection”, together with the powers in ss. 30(1)2 and 41 and the procedures in ss. 21, 27, 28(1), (10) and (12), deny parents a right to choose medical treatment for their infants, contrary to s. 7 of the Charter, or infringe the appellants’ freedom of religion as guaranteed under s.2(a) of the Charter, and it so, whether the infringement is justifiable under s.1 of the Charter.

Cross-appeal – whether the District Court erred in awarding costs against the Attorney General of Ontario.

Decision: Held, the appeal and cross-appeal should be dismissed.