Feminism: Law as a Patriarchal Institution 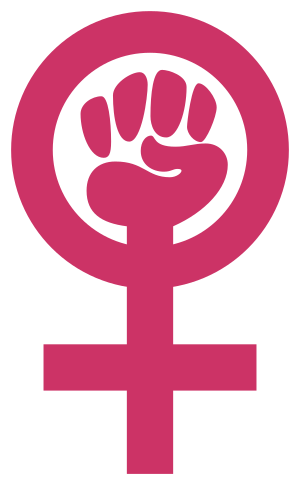 Feminism rejects the abstract universal theories of the previous theorists. Legal theories of the neutrality of law, the rule of law, and the separation of law from morality are merely tools of oppression. Instead feminism focuses on the concrete experience of women within the patriarchal system. This patriarchal system is so extensive and engrained that men and women think of it as being natural, even though it is not. This system of patriarchy is pervasive and the current legal system only perpetuates this dominance of men over women. Patricia Smith has divided the feminist legal theory into five main components:

This is the mainstream version of feminism. It is believed that the law, where it recognizes genders, creates blocks which stop women from accessing the public sphere. It is only in the public sphere that labour is recognized. These blocks must be systematically identified and removed in order for women to escape the private sphere where their labour is free and under appreciated. Over time the system will even out once the blocks are removed. Modern Liberal Feminism, as a subsection, feels that removing these “formal” blocks is not enough. Informal discrimination still prevent women from accessing the public sphere and only when these informal blocks are removed that meaningful participation can happen.

Thinks that liberalists are looking at fixing just the external details, when the problem is that the system has to be pulled out by the roots in order to fix the problems. Radical means “by the root”, patriarchy is deeply rooted in society and the fundamental ideas of “male” and “female” are introduced in the socializing of the young.

This theory believes that before capitalism there was no patriarchy. Once the class system came into being, the capitalists seized control of the means of production and everyone else was forced to sell their labour to them. Men were the ones selling their labour and women had to stay home in the private sphere. As women were not selling their labour, they were then useless in the eyes of this capitalist system because they cannot make a profit. There is one root problem and the only way to solve this problem is to dismantle the system, once it is gone then the patriarchy will wither away.

Women are viewed as the ‘other’ in society. Different from the norm (men). This difference should be celebrated rather than condemned and in need of change. There is no single solution for the advancement of women in society as all women are different due to their different and unique experiences as a woman.

Women’s socialization within society is very different from men. Women are more defined by the relationships they have within society as they are more defined by their maintaining and nurturing relationships. This is not a problem that must be overcome, instead the structure of the male-value system should be changed to incorporate ethics of care. The system becomes more female-like rather than male like.

In this case there is a system of oppression that goes beyond men oppressing women, which is an application of marxist feminism. There is a legal system where the law is trying to oppress the parent’s religious rights and also a system where parents are oppressing their children’s rights to proper medical treatment. Feminism establishes a system of oppression against females, however, here we are not limited to gender. This is known as Kyriarchy, which encompasses sexism, racism, homophobia, economic injustice, and other forms of dominating hierarchies where the subordination of one person or group to another is internalized and institutionalized.

Justice La Forest’s decision in the case resembles some of the principles of post modern feminism. In this case the “other” is no longer females, but rather the religion of Jehovah’s Witness, which should be celebrated and accepted by society. As we see with the right to freedom of religion the legal system is in fact accepting and celebrating the parents religion. However, the idea that there are multiple solutions to this problem based on the response to the actual lives of actual women, is synonymous with the courts decisions that are fact sensitive and circumstantial. Justice La Forest states “the state can properly intervene in situations where parental conduct falls below the socially acceptable threshold.” Therefore, the system is accepting of the “other,” until their conduct becomes so egregious as to totally oppose the system all together.

In coming to their final decision the courts believed that the right to religious freedom was appropriately limited based on the systems belief that a child’s right to proper medical attention was of higher importance to society.