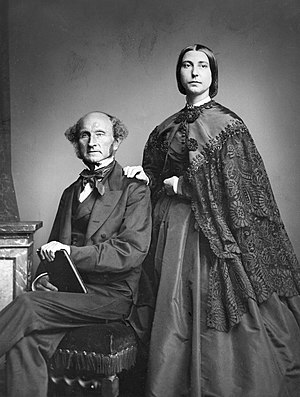 According to John Stuart Mill, law must be properly limited in order to respect the liberty of members of society, but only to the extent to which disorder and anarchy are avoided. He believes that there are certain zones of immunity for individuals that create immunity from government authority. Authority are delegates of the people, but society must still be protected from them in case they become too powerful.

According to the harm principle, restrictions should only be placed on an individual’s liberty when it causes significant harm to others. If an individual is not harming another, they are able to do what they please as they are the sovereign of their own mind and body.

The restriction of the liberty of individuals must be justified in order to preserve freedom and protect the members of society from the tyranny of the majority. Judges, as representatives and delegates of the population are in a position to ensure that the power which controls society has the same priorities as the people who live within society.

John Stuart Mill believes that if an individual wishes to be protected by society, they must fulfill their obligations to defend the well being of that society, by making sure their actions do not cause harm to others.

When applying this line of reasoning to EB v Order of the Oblates of Mary Immaculate, the doctrine of vicarious liability seeks to hold people accountable for the harm that their actions may cause, albeit distantly. Instead of holding an individual who has directly caused harm, vicarious liability attempts to hold those put that individual in the position to cause harm liable.

However, vicarious liability should be implemented carefully so as to avoid anarchy and despotism as well. This authority can be regarded using Mill's metaphor of the taloned bird, which only works for society when the claws facing outwards to protect them from threats, but will hurt us if directed inwards at our individual liberties.

When the plaintiff in EB v Order of the Oblates became a victim, he did not have full “mature faculties” in the eyes of John Stuart Mill. This means that they don't have the ability to pursue their own goals of improvement without guidance.

Therefore, the Order had the responsibility to restrict the “liberty” of the plaintiff when he was a child and a student at their school. Once the plaintiff had left the school and developed his mature faculties, he could make his own decision regarding his abuse by Martin Saxey while under the care of the Order. He sued for vicarious liability in his justified pursuit of liberty and autonomy.

Decision of the Court

The majority of the court took a more narrow approach, and did not interfere with individual liberty by finding vicarious liability.

The Oblates were not creating any harm through their own actions, and therefore had to be separated from the harm that was created by their employee. There was no basis for the Oblates to have their own individual liberties infringed upon.

No Man's An Island

One of the main tenants of paternalism is the belief that "No Man is an Island." No one's actions exist in isolation, other people are always affected by an individual's conduct to some extent.

In the case at hand the majority of the court took this view. Instead of punishing the Oblates, the court felt that Saxey should directly be punished. They believed that since he was the cause of the harm he should be held financially liable. They told the plaintiff that he should commence a claim against Saxey, as he was the direct cause of the harm.

The dissent in this case agreed that interference with the defendant Saxey’s liberty was justified and argued that vicarious liabilty should be imposed.

Mill would support the court's position that the interests of society outweighed the problem of interfering with an individual’s liberty. This would justify a limit being placed on the individual liberty by attaching liability to him.

By sexually abusing the plaintiff, Martin Saxey broke his agreement with society, which extends protection to people in return for their contribution to the integrity of that society. One of the ways that this agreement can be broken is if a person brings harm to another member of society, which is exactly what Saxey did in his repeated abuse of the plaintiff.

John Stuart Mill would have found the majority of the court acted wrong in their decision. He would have agreed that vicarious liability should have been found due to the Oblates allowing Saxey to harm another. The oblates were the means for Saxey's harm.