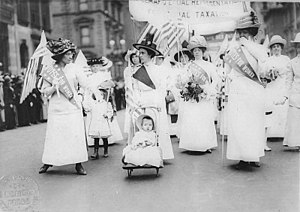 Catharine MacKinnon believes in the idea of radical feminism and law is the site of and cloak of force. She believes that the characteristics that are perceived as good about the law such as neutrality, impartialness, are actually the things that make the law impenetrable and invisible.

She would perceive the result of this case as indicative of a male-created law that does not effectively serve justice. The “cloak” of male dominance must be prevented in this way. The male point of view would be prevalent in the creation as well as the continuing upholding of the idea of vicarious liability. The idea of allowing individuals to not be liable for something done in the course of their watch would continue the reality of having positive laws that permit male domination over women. The idea that the emotional duress someone is put through is not not an issue of concern enforces the patriarchal structure.

MacKinnon, along with the different feminist perspectives above believe in the impact of the male perspective upon the justice system and its failure to adequately promote the equality of women through laws. They have numerous different views as to the solution to rectify the problem at hand but all believe that changes are necessary in what has been and continues to a male dominated legal system. Whether the changes involve a recognizing of the private sphere or the protection of the weaker individual, the one commonality that resides through all branches of feminism is the need for change