The Concept of Law as Efficiency

The law and economics theory is one that is relatively different from the other legal theories. The law and economic theory claims that laws are created in order to serve the purpose of economic efficiency, even when there is a claim that laws are created for other reasons. Efficiency is the main measurement in the evaluation of laws as being either good or bad. An efficient law will be a good law while an inefficient law is bad law. The idea of morality, which was prevalent with legal positivists, has thereby been replaced by efficiency. Efficiency, in this sense, means wealth maximization. Wealth maximization is not limited just to money, but also looks at ‘social wealth’ and other measurable satisfactions as measuring tools. Social wealth is the total wealth of the combined society. So, transactions will be considered efficient if the result is a net increase in wealth maximization. Richard Posner, a law and economic theorist, argues that the theory assumes people are rational thinkers. As rational thinkers, people put their self-interest above others. In essence, the point of law is to maximize this social wealth. 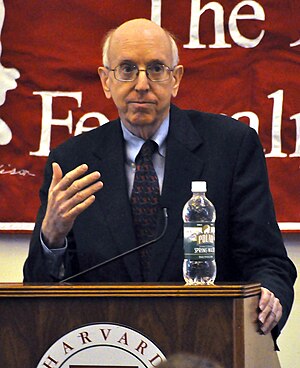 The law and economics theory presents different ways of measuring efficiency. The first way to measure efficiency is the concept of Pareto-Superiority. Pareto-Superiority occurs when one state of affairs (s2) is better than another (s1) because at least one person is better off in s2 than s1, and no one is worse off, or one person prefers s2 and no one prefers s1. Every pareto-superior transaction increases net utility for both parties to the transaction because there are no losers and one winner. The problem is that the Pareto-Superiority analysis is not really applied by real legislatures. Almost all government actions will benefit one party at the expense of the other because legislators are also rational actors who are looking out for their own interests. They will make decisions which will get them re-elected and are usually influenced by external factors like interest groups. The second way of measuring efficiency is called Pareto-Optimality. This occurs when there is no further pareto-superior move, meaning that no one is pareto-superior to one another. In this situation, any move that will benefit one party will come at the expense of the other party. In a Kaldor-Hicks test situation, if one party were to make a move, they would have to compensate the other for any loss they might have.

Majority of the Court

The main question lawmakers have when adopting new laws is whether it will achieve efficiency in society. As stated above, a law that maximizes social wealth will be a good law and will thus achieve efficiency. In this case, the argument can be made that it is much more efficient to have the entire teaching program within one school, rather than asking the students to complete the last year of the program at a different university. Requiring the students to transfer comes with extra costs that come with switching schools. This increases the overall cost of the program. The transaction costs of asking students to complete the program at a different school can be significant.

The goal in the law and economics theory is to minimize transaction costs, which promotes efficiency. In this case, the main transaction costs include the costs of commuting and housing. There are social costs faced by the students who now have to adapt to a new environment. The elimination of transfers would be beneficial for Simon Fraser University as well because they bear the burden of the costs in accepting transfer students. Elimination of transfers would allow Simon Fraser University to focus solely on their own programs and would potentially allow them to accept more students into the program. A law and economic theorist would argue that Simon Fraser University does not derive benefits from the transfer. Simon Fraser University does not gain any recognition from accepting these students for one year as the students will be awarded with a degree from Trinity Western University. Through analyzing the cost and benefits of all parties involved, a law and economics theorist would come to a conclusion that elimination of transfers would be most efficient. In this case, both parties are better off if Trinity Western University's application is approved. In conclusion, a law and economic theorist would agree with the majority of the Court in their decision.

Dissent of the Court

The dissent discusses that money is not the only consideration when calculating ‘social’ wealth. In this case, we also have to look at the costs and benefits of the infringement of the rights. On the one hand, there is a social loss to those who want to go attend Trinity Western University but cannot because the requirement to sign the "Community Standards" contract is against their beliefs. On the other hand, there is benefit to those who believe in the principles behind the "Community Standards". These students receives a social benefit by attending Trinity Western University. The Christian World view program gives them an opportunity to freely practice their religion and be around those who share the same beliefs. Looking both at the monetary and social aspects of wealth maximization, judges must balance the costs and benefits and must come out with the most efficient outcome. Therefore, by reconciling freedom of religion and equality rights, the court is maximizing efficiency.

Although the majority and the dissent do not explicitly take a law and economics approach in assessing the case, they still come to an outcome that can be seen as maximizing social wealth and therefore is efficient.