Writer Richard Dworkin developed the system of rights theory. A main aspect of his work is spent criticizing the positivist theories of HLA Hart. He takes aim at positivist staples of a definitive central rule-system, their explanation of normative law, and their approach to adjudication. Dworkin believes that laws are not solely developed by a system of rules, but also by principles. These principles can be defined as being governed by both justice and fairness. Where Hart believes that judges fill in gaps of inconsistent or failed laws by using their discretion in hard cases, Dworkin believes these gaps are filled by these principles.

Dworkin rejects the separation theory and positivism in its entirety, he counters with his theory of “Law as integrity”. Within this theory there are both principles and rules. There are a few ways in which principles differ from rules: first, a judges discretion is limited when there are both principles and rules in play; if there are no attached rules then binding principles will take legal authority. Second, there are no hard cases where a judge’s discretion is used, rather rights will decide the cases that lie outside of binding law based on obligations established by these principles. Finally, principles fall outside the idea of a rule of recognition as defined by Hart because they are within the system of rules (Dimock 2006, Classic Readings and Cases in the Philosophy of Law, p. 160). DImock (2006) opined that these principles “are not officially adopted so much as recognized as relevant based upon their widespread acceptance within the community or among officials of the legal system” (Dimock 2006, p. 162).

Dworkin breaks down the decisions in hard cases further into principles and policies. Policies are social goals that a portion of the population is striving for; legislation is the power behind which social goals to aim for and how much benefit should be provided. On the other hand, principles are establish by justice and fairness, which supports specific rights; it is these principles that Judges’ use to make decisions in hard cases.

By establishing a difference between principles and policies Dworkin is able to answer some of his critics. He states that people say because judges are not elected they should not have a say in legal rights, which he says are policy; they do however have a say on decisions based on principle. He also says that it is the duty of Judges to find rights that people have, not to make them up. This is his reaction to critics saying that his theory will affect laws retroactively by coming up with new ones making past actions wrong even though the person at the time had every right to act as they did. When deciding hard cases, Judges simply discover these new rights, which were always part of the system just not articulated properly.

Balancing the principles and the rights already established by previous cases when deciding hard cases is where “law of integrity” comes into play. A judge’s role must be interpretive and must match the pattern of decisions before them. By reconciling where a community is attempting to be with the past decisions of courts the Judges, can attempt to make the best possible law and a central aspect of this theory. 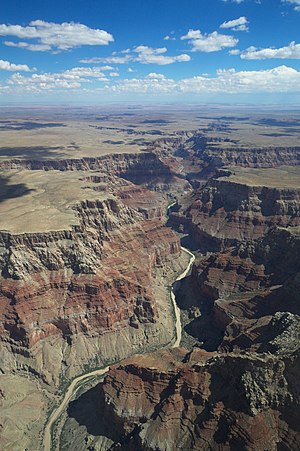 Dworkin and the stream analogy

According to the Rights thesis put forward by Dworkin, the underlying principles of the law should run like an underground stream, being fed by the social and political policy as it develops over time. The hard cases that come up pull from this stream but also feeds these new rules back into the stream to influence future hard cases.

In the case of Egan v Canada, it would appear that the policies regarding same sex marriage had not found their way down to the stream at the time of the case. The social environment within which the stream flowed was not receptive to gay rights.

For the majority of the justices, the issue of "spouse" including same sex couples was an issue, that on the face of it, had not quite reached the stream. The social turmoil regarding this decision was not one that had been fully folded into the fabric law or society. However, Dworkin may find that this topic was one that the justices could easily have foreseen would have found its way into the stream in the near future. Therefore, it would appear that the dissent is more in line with the thesis proposed by Dworkin.

Cory J found that the majority using the definition of "spouse" as a grounds for dispute rather than section 2 of the Old Age Security Act was "quite simply, not facially neutral", P.587. The integrity of the law must be in conformity with other social and political policies and underlying principles. The dissent appears to agree with this Dworkin sentiment.

The dissent follows the Dworkin line of thought that it is the judiciary's duty to facilitate a historical flow between the past policy considerations and guide future courts.