According to separation theorists, the law and morality are two distinct systems. They often run parallel to each other, but should not be confused as being synonymous. We can evaluate laws with morality, but if there is a conflict we, as a society, must decide which is more important. Positivists also believe that we are living in a rule-governed system where legal rules create “oughts” potentially without a defined a moral backing. The analogy provided by Dimock (2006) is based on the rules in sports or etiquette. Rules in a sporting event like hockey tell us that a goal is a goal because it ought to be as defined by the rules of the game, not the fact that morality tells us that is a goal. Morally this might be true or not, it doesn ot matter, as long as the legal rules of the game tell us that it “ought” to be then morality is irrelevant (Dimock 2006, Classic Readings and Cases in the Philosophy of Law. p. 138).

The Justice System and Hart

This leads us to the role of Judges according to HLA hart and legal positivists. Hart believes that laws are expressed in general terms or language. This means that sometimes these terms can fall outside of what we have defined already through other case law, which makes them unclear or indeterminate. This idea is called a “penumbra”, analogous to an eclipse where the defined cases fall inside the eclipse and judges need to decide what legal precedent to follow; and the hard cases, which are the cases that fall on the outside of the eclipse, which force the judges to make me new policy and to take on a more legislative role. Critics believe that when judges take the expanded role of essentially creating new laws they must do so with moral principles in mind, which would a direct contradiction to separation theorists beliefs.

Hart answers some his critics when he says that separation theory must be descriptive characterization of the actual relationship between law and morality, but also as a normative tool for criticizing immoral or unjust legal systems. He also states that critics confuse a moral-law connection when judges make these hard case decisions, but as stated above, judges might create true claims about what they ought to do that just coincidentally coincide with moral claims, but the moral element is not essential to the process and should not be conflated with the legal system.

The decisions in these hard cases are based in the rule-governed practices from within the defined core that came before them not personal morality. Morality is also a rule governed practice, which creates its of set of distinct “oughts” and obligations. Dimock, uses the example a legal system establishing laws against violence or murder. Although there is overlap between the moral and legal systems, which would simply create both a moral and legal duty to abide by these rules, but the rules a established in different rule-governed systems. Hart believes that is order to be effective, the legal system must be followed by at least a community of members for other reasons than fear or punishment. By having these members abide to the rules willingly, it gives authority to these rules based outside, at least in some part, of morality. Other reasons to willing follow legal rules could be self-interest, or habit. By separating the two we can evaluate laws much easier; if we tried to reconcile the two we might try to impose a moral standard, what we use to evaluate our own and others behavior, with that of the laws whose objective could be completely different.

A counter to HLA Hart is Lon Fuller. He criticizes the separation on four arguments: "First, that social acceptance of legal rules depends on grounding in morality (external morality)- the belief that they will produce good order, not just order; second. law itself has an inner morality (requirements for effective law, functioning order- Rex’s story); third. immoral laws cannot, actually be explained by the separation thesis- the separation thesis does not provide an adequate explanation for a general obligation to obey the law- is of no use in the dilemma of one struggling between duty to law, immoral/unjust laws; and fourth, criticises the “core” and “penumbra” theory of judicial interpretation- the judicial duty to the law, fidelity to the law, requires that law be interpreted in a way that is consistent with its purpose (the good the law is designed to serve), referring to both external and internal morality" (Hall 2014, Legal Perspective slides)

Egan v Canada and the Penumbra 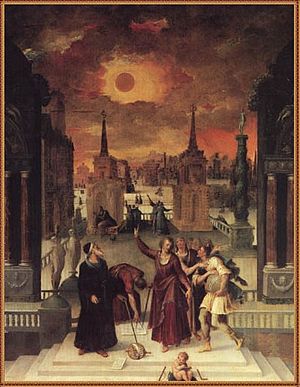 The case of Egan v Canada is a penumbra case from the perspective of Hart. From the Separatist perspective, the definition of marriage is a question that pertains more to the rules of legality and not morality. The ruling presented by the courts is one that acknowledges that it is not the prerogative to change the legal rules and Hart would have supported the courts decision to address the legal rule in question. What was on the books at the time, marriage was between a man and a woman. The law, as presented, gave the judges a clear and concise understanding of what marriage "ought to be" and they used past decisions to make their decision; marriage, in their eyes, was not far enough outside the penumbra to warrant them to a legislative role that would redefine the definition of marriage. As a result, the judges did not have to address the case from the penumbra and maintained the separation between law and morals.

However, the counterpoints presented by Lon Fuller on the Hart's Separation would find the courts ruling ineffective. For Fuller, the legal and the moral are too intertwined, particularly in that the law should uphold an inner morality. The definition of marriage, particularly at the time of the case, was fairly contested. However, Fuller would most likely have agreed the judgement, in that they assessed a contested issue that involved both legal and moral rules. In their assessment, however, Fuller would not have supported the justification of tax purposes for the ruling.