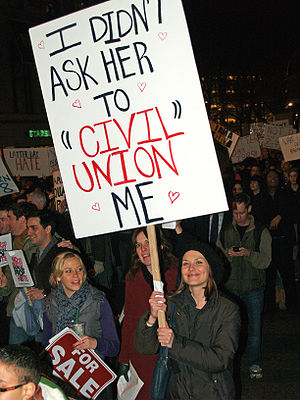 Liberty in law focuses on the question of whether law is or should be connected to morality. Specifically, should the law interfere with private choices? Generally, liberty theory values the autonomy and liberty of individuals over state interference. This means that while government restriction may be necessary in some cases, it can only restrict individual liberty in accordance with certain principles. The Harm Principle restricts individual liberty only to prevent serious harm to others, and Mill believes this is the only legitimate justification for restricting liberty.

Paternalism states that the restriction of individual liberty is justified to protect a person from harm caused by the exercise of a liberty.

Legal moralism instead restricts individual liberty where actions of individuals undermine “social” or “community” morals/values. For example, the decisions of R v Butler and R v Shark confirmed that even the written fiction of child pornography (which didn’t involve actually harming any real children) that Shark had created was illegal because its content corroded the community and the rules that governed it.

JS Mill takes a more narrow approach in his theory, and states that liberty should be interfered with only where the limitation can be justified under the harm principle. He further argues that there is a general presumption by law that favours individual liberty over interference by the law. In general interference with the individual is wrong because ultimately it is the individual who is the best situated to judge his or her own needs.

Mill does argue that authority is needed to limit individual liberty, but notes that the authority cannot be unlimited either. Authority is necessary to prevent violent anarchy, but power itself is inherently despotic. Mill compares authority to a bird with great talons, which has the potential to turn the talons inward on its citizens; this risk means limits must be put on the talons.

Dworkin believes that he’s developing his theories in line with JS Mill. He justifies paternalistic interference only as a method to prevent long term or irreversible damage to a person’s autonomy. In this limited way, paternalistic interference preserves autonomy more generally. Both theorists connect liberty to autonomy, and to the core of what it is to be a human being.

Direct prohibitions are used as the vehicle of paternalism. For example, enforcing a law that requires citizens to wear helmets while riding a bike is a paternalistic, direct prohibition that protects citizens by limiting their liberty. Similarly, the legislated 40 our workweek limits the liberty of workers to choose how much to work, but also protects them from the inevitable pressure of a capitalist economy to work a greater and greater number of hours in order to remain competitive.

A Real-world Example: Liberty, Paternalism and the Polygamy Reference

Here, the principles of liberty and paternalism will be test-run by applying them to the Polygamy Reference.

Mill would consider whether or not polygamy should be prohibited based on its potential to harm people. For example, because polygamy has many women sharing one man, the structure of the relationship may be unfair to the women, and do them harm.

However, because it is uncertain whether or not there would be harm resulting from a polygamous relationship, it should be legal because ultimately the individual is the best judge of his or her own situation, and society must step back and allows the individual to lead their life unhindered. Mill concludes that polygamy should be legal, but closely observed because of the potential for harm.

Polygamy is different than gay marriage. In gay marriage, there is no potential harm transferred between partners because (like any heterosexual couple) there is no sharing with others. Limits are only justified where harm is done to another person. In the case of gay marriage, no harm is done to a third party, and structurally a homosexual marriage is no different than a homosexual one. An individual choice by two people who happen to be of the same gender to get married is private business, in which society has no right to interfere where there is no harm done.

JS Mill would argue that the judgement in Egan v Canada was wrongly decided, and that the ‘policy reason’ regarding the greater benefits the couple would gain from not being married was a paternalistic interference with individual liberty that was unwarranted. No harm was being done within the couple, so the state had no justification for interfering.

Potentially the court would have gotten away with the ruling if they’d approached gay marriage through the lens of legal moralism and argued that gay marriage was an act that undermined social or community values. Similar to the line of reasoning used by the court in R v Butler and R v Shark.

If the historical context of the judgement is considered, potentially the court could have relied on Dworkin’s concept of non-agedness to state that homosexual persons were not of a sufficient capacity to make decisions concerning their personal lives. This would mean the court would have to find homosexuals of a similar mental capacity to children. By ruling homosexuals to be non-aged persons, the court could have justified infringing on the Plaintiff’s autonomy as JS Mill states that despotism is an acceptable form of rule for interference with non-aged persons