System Of Rights and Principles

Ronald Dworkin developed a thesis to describe the law and its philosophical underpinnings; his ideas are grounded in his belief and trust in the judicial process. Dworkin also has strong feelings on protection of individual rights; he posits that any rights that can be easily over-ridden by the government are no “rights” at all. He describes the judicial process and how judges are forced to use “principles” when the case at hand does not have a clear rule governing it. 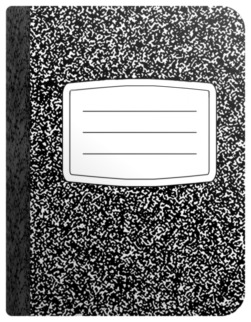 Dworkin’s thoughts on the role of judges have been summarized as analogous to a chain novel. The judge presiding over a case must act in concert with the cases that have preceded his (the characters, plot, etc in the novel) but must also make his case able to be followed later (leave the next writer a story that can be followed in the novel). In this way the judge is giving proper weight to previous cases or rules while allowing the judge the flexibility to utilize the prevailing “principles” to guide his judgment.

Legal rules are standards that guide judges reasoning when judges try to reach a decision in a case. Legal principles offer guidance, but the type of guidance is different. These rules are on/off: they apply or they don’t, no middle ground. They act as a prima facie reason for or against something.

Legal principles contribute to a judge’s reasoning but do not require any specific decision. Legal rules have “weight” but are not decisive on their own. Rules that work in a particular scenario can still have exceptions (“club members should always wear shoes, unless they are at the pool or doing yoga”); principles are not affected by exceptions: when relevant to a case, they always have some influence.

When Jeffery Moore’s family was told that his access to assistance in his education was terminating this could be seen as the school district (an actor of the government) acting against Jeffery’s rights and valuing the majority over individual rights and is exactly the type of event that Dworkin’s system seeks to avoid. Dworkin believes that morality and politics should not compel judges; such interference would cloud the principles and rules that should govern our legal system. He does concede that they may influence the decision but such considerations should not circumscribe the judge’s decision-making ability.

Dworkin truly believes that rights cannot simply be “weighed” when analyzing what to do in a situation, as the views of the majority will almost always supersede the rights of an individual. As such, Dworkin would be very skeptical of a decision such as Moore and would see this as the devaluing of individual rights at the expense of public policy and budgetary considerations.

Dworkin would support the comments made by Justice Abella in the decision of Moore, when she states that “special education is not the service, it is the means by which those students get meaningful access to the general education services available to all of British Columbia’s students”. (emphasis in original) This gives proper weight to the individual’s rights and shows that deference should be shown in that regard. The school board tried to advance the argument that Jeffery should be compared not to the other special needs students but to the general student population. The court (and Dworkin would approve) dismissed that claim and said that if Jeffery were compared only to other special needs students it would not show whether he had genuine access to education. Furthermore, the fact that the district continued to fund Outdoor School, an optional program, instead of continuing the Diagnostic Centre shows the sort of systemic decision making that Dworkin was seeking to avoid. In making the decision that would affect a small minority of students instead of the optional program that would affect the bulk of students exemplifies the over-valuing of the majority, while diminishing the rights of a small number of individuals. When viewed in the context of such a discretionary and special program of Outdoor School as compared to the accommodations needed to give Jeffery a proper education, it is wholly evident that Jeffery was discriminated against.

If we apply Dworkin’s chain novel analogy to the case of Moore, the previous decisions of Meiorin/Grismer and CN Rail, among others, helped guide the decision of Justice Abella, analogous to the previous writers in the chain novel. Abella then uses the prevailing principles of society in concert with the “rules” of past cases to create the current story while allowing it to be readily followed in the future by the next “writer”. Keeping in mind that the rules are “on/off”, they either apply or don’t; they cant be influential, they must be binding or not. In Moore, Abella uses several cases as binding law and thus “rules” in the analogy, while also maintaining the principles of society. She also utilizes the BC Human Rights Code, specifically section 8. This decision making process perfectly embodies the chain novel process that Dworkin uses to describe his legal theory.