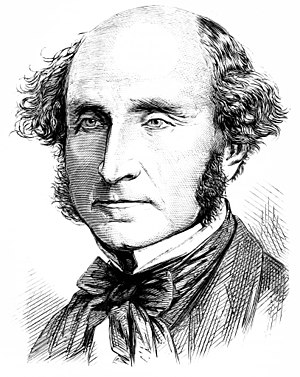 John Stuart Mill was a legal philosopher whose focus was on the liberty of the individual. While Mill recognized that liberty was not the only value in society, the autonomy and liberty of the person was of paramount importance. Subsequently, any restrictions on liberty must be justified. Mill believed the only valid justification for interference with individual liberty was based on the harm principle.

The harm principle states that the restriction of an individual’s liberty is only justified in order to prevent serious harm to others. Under the harm principle, the individual enjoys complete autonomy over him or herself, and it return must vow not to harm others within society.

The focus of the harm principle is the harm caused to others, but not the way that the harm came about. Mill believes that if an individual causes harm to others in adulthood, they are beyond help, as any helpful interference would have occurred in childhood. Subsequently unless during childhood or under the threat of harm to others, Mill concludes that societal interference with the individual is unworkable and wrong.

Mill believed that the balance was struck between autonomous individuals and the state through recognizing political liberties or rights, maintaining constitutional checks on the government authority, and through ensuring that people delegated authority through democratic process. Despite these goals, Mill was cognisant of a threat of “the tyranny of the majority”. The tyranny he referred to is the risk that the collective majority will impose inappropriate restrictions and laws on the individual, thus inhibiting their liberty.

It is notable that Mill held that the right to liberty was restricted to those who are “in possession of mature faculties” and excluded other groups described as “backward states of society” and “barbarians”. He concluded that individuals who fall under these categories are appropriately dealt with through complete state control.

Gerald Dworkin took Mill’s theory on liberty, and expanded it to include justification of state intervention in order to prevent harm to the person herself. The focus of this theory is to prevent harm that would produce irreversible and destructive changes to the individual.

The paternalistic viewpoint justifies interference with an individual’s liberty when the person does not adequately understand the risks that face them. In this sense a person who is in psychological distress is seen not to have the autonomy to make decisions that may or may not result in harm to their person. Subsequently, paternalism may justify state action so long as it is with the aim of preventing self-harm, and that it minimally impacts the individual’s autonomy.

Mill’s libertarian approach to law shows a marked departure from previous legal philosophers. The question of law shifts from what law is, to how laws affect the people that live under them. For Mill the questions really when and why a law should interfere with a person, rather than philosopher’s such as Thomas Aquinas, who focused on the components of law. Under Mill’s approach then, morality is not a relevant inquiry. So long as an individual is not harming another, and (for Dworkin) is not harming herself, then the actual motivation behind the act is totally irrelevant. This means that any law is valid, regardless of it’s moral content or motivation, so long as its effects do not unduly interfere with the liberty of the person. In this light, it is easier to see how the approach of a libertarian philosopher such as Mill would be an excellent way in which to examine the effects that the Criminal Code provisions in Bedford have on the sex workers who live under them.

As we know, the focus of Mill’s liberty is the absolute autonomy of the individual, subject only to state interference when the action of the individual threatens to harm another. The rationale behind the impugned provisions in Bedford was that they were set in place to prevent public nuisance, and to limit the exploitation of prostitutes. In considering this purpose through the lens of Mill, we can see that that the first objective could be said to limit the autonomy of sex workers in order to prevent harm to society by way of nuisance. The second objective falls under a more paternalistic category, in that the legislature argued that the provisions in question were intended to limit the exploitation (and therefore harm) of the sex workers themselves.

The entire case turns on the plaintiff’s argument that the three impugned Criminal Code provisions are invalid as they infringe upon the section 7 Charter rights of sex workers by infringing their “right to life, liberty and security of the person”. Looking at this through a Mill perspective, we can see that the provisions are drastically restricting a prostitute’s liberty, by severely limiting their autonomy to work in safe environments.

When broken down, the court indeed found that each provision limited a sex worker’s ability to work in a safe environment, which resulted in harm or the threat of harm to her person.

Section 210 (prohibition on bawdy houses) made it so that sex workers were essentially unable to practice their trade indoors, effectively forcing them onto the street. This caused harm to the prostitutes because street transactions were often more dangerous, and violent than “in-house” transactions. The court found that this provision was void because it was grossly disproportionate to the objective of the law (preventing public nuisance) and that it caused undeniable and serious harm to prostitutes. It is likely that Mill would agree that the restrictions placed on a prostitute’s liberty were unacceptable, as the harm of public nuisance is not equal to the limitation placed on their liberty and rights. From a paternalistic view point Dworkin would argue that the law should be struck down due to the direct harm the provisions cause to sex workers by forcing them onto the streets to conduct their work.

Section 212(1)(J) (prohibition on living off the avails of prostitution) made it so that anyone who profited from the avails of prostitution would be held criminally liable. The aim of this provision was allegedly to prevent pimps from exploiting sex workers. The court found that this provision was void for overbreadth, in that it captured individuals who might assist prostitutes, such as drivers and accountants. Mill would agree with the court because likewise the restriction placed on the sex workers restricts their liberty in employing assistants, and is not justified by the harm principle. Unlike Dworkin, he believed that the only restriction on liberty should be when there is risk of harm to someone else, not oneself. Dworkin would likely support abolishing this provision because of the harm it may cause prostitutes, however it may not meet the threshold of harm causing irreversible or destructive damage to the individual.

Section 213(1)(c) (prohibition of communicating in public) was implemented in order to reduce the ‘nuisance’ caused by prostitution by preventing prostitutes and their clients from communicating in public. The Court found that this provision was grossly disproportionate to that goal, as it made it nearly impossible for prostitutes to screen their clients, which often put them in dangerous situations. Mill would likely disapprove of this provision as it upsets the balance between the state interference and individual liberty by limiting prostitutes so drastically, while protecting a fairly low risk of ‘harm’ to the public. Dworkin on the other hand, would likely strike the provision down in light of the risks posed to prostitutes by not being able to properly screen clients. (

An important part of Mill’s theory is that although liberty is of utmost importance, it is not the only value in society, and it must be balanced against others. Tying this into the Bedford case, one can see that this is expressed when the Court considers if the limits on prostitute’s section 7 Charter rights could be upheld under section 1. The provisions were not justified under section 1, as they infringed drastically upon the rights of prostitutes to their section 7 right to right to life, liberty and security of the person. This process of balancing infringements against individual’s liberty is reflects the values in both Mill’s and Dworkin’s theories of ensuring the preservation of liberty through Charter and governmental mechanisms.

In conclusion, it is clear that Mill and Dworkin would support the Court’s holding that the impugned provisions be struck down, as they impose serious limits of the liberty of sex workers which is disproportionate to the potential harm caused to society, and that they cause a real and serious threat of harm to prostitutes.