Dworkin’s theory is founded on the idea that law contains not only rules, but principles also. If a case is not decided by a rule, it will be covered by principles, legally binding because they form part of the law. Law itself is premised on the process of adjudication, and judges apply principles of justice and fairness throughout the process, thus law is founded on these principles just as it is on legal rules. Dworkin argues that law encompasses more than legal rules, it further encompasses principles and policies. Policies are social goals furthered for a certain segment of the population, and principles are based on fundamental ideas of justice and fairness that support certain rights and duties. Metaphorically, a stream can be thought of as a unified body of principles. This stream changes as it flows with time. Similar to a stream these principles come to us from somewhere else, they come to us from the past. As the stream moves through time it moves through a landscape, composed of various sediments. As it flows through the world like sediment, principles enter into the stream, and contrarily sometimes sediment will leach out and go back into the dirt and new sediment will be picked up. Principles are characterized as having a quality of weight, and importance that rules do not. Judicially, judges may have the onus of weighing principles pointing in opposite directions against each other in the formulation of their decision. The distinction between rules and principles is not always clear. Dworkin states however that there is always a right answer, because principles are part of the law judges have to apply principles and there is a right way and a wrong way to apply them. Principles are most important in hard cases, after which they come to stand for a new rule, which was inexistent prior to the case. Principles such as these become binding, and judges are required to follow them where they are important. Principles dictate both discretion and rules. Rules are binding in the sense that the court cannot just disregard them. The origin of principles draws from a sense of appropriateness developed in both profession and public through time. Further, it lies in appropriateness being sustained. Principles are controversial, important, and they are constantly changing as society develops with time. Arguments of policy tend to justify political decisions by showing how the decision contributes to protecting the community, and arguments of principle justify a political decision by portraying how it protects individual or group rights. Judges tend to be guided by principle, whereas legislatures are directed by policy coupled with principles. Judicial reasoning is constantly interpretive in the sense that it draws on the past and the future, interpreting law as unfolding portraying a concept of justice and fairness. 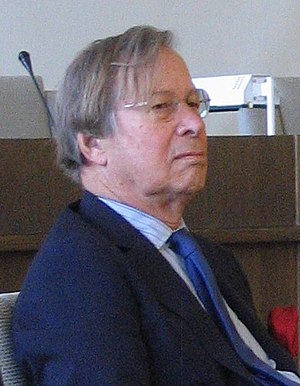 In the case at hand Mr. Rasouli was on life support. The physicians treating him thought it would be in his best interest to be taken off life support, as they thought he was beyond recovery and was merely a soul less body. The wife and family of Mr. Rasouli on the contrary wanted to keep him alive. Applying the theory at hand, Dworkin is a strong believer of applying principles of justice and fairness. Dworkin argues that this concept of justice and fairness is how society progresses, and further forms the basis of judicial decisions at large. Applying the concept of principles, prior to the enactment of a law mandating the requirement that either the patient or the decision-maker was the only one allowed to pull the life support, physicians have a say. However, society at large would likely be appalled by this decision. How can someone so far removed from the family unit, the religious beliefs, and the moral principles of the patient have the ultimate say in the termination of their lives. It seems that it had become a hardwired principle that if the patient did not ultimately dictate their wishes then the decision maker was the next in line. A physician cannot take into account the religious principles believed by members of faiths they are not members of. Mr. Rasouli is a member of the Shia Muslim faith which believes life should be prolonged as long as possible, and in the case at hand the physicians wished to end his life prior to that point. The origin of principles stems from appropriateness. In this case, the physicians making the ultimate decision as to whether Mr. Rasouli would live or not does not seem to be appropriate. Over time a principle becomes a part of the stream, and becomes accepted more and more. In the case at hand, it became a rule that either the patient or the decision maker would ultimately make the decision as to whether the plug would be pulled. On the opposing side are critics who felt that it would be best to free up beds and save other lives. The patient was in a vegetative state with no chance of recovery, thus why waste bed space. This is an opposing principle. Ultimately, the judiciary takes into account the various principles and decides upon which outweighs the other. The principle here leans towards a favor in the patients and decision maker’s direction. Dworkin pushed for principles of justice and fairness, and in the case at hand it is only just and fair to allow the patient and decision maker to have the ultimate says.

In conclusion, principles form a large portion of Dworkin's framework. Dworkin believed that principles were ever changing, and the judiciary adapted to incorporate these principles. The stream will continue to pick up new sediments as the stream continues to flow, just as society picks up new principles as society continues to evolve.