Legal Positivism is a legal theory that is founded on the belief that only a ruling Sovereign can create valid laws for its subordinate citizens. John Austin is the founder of this philosophy, while HLA Hart further developed it.

Legal Positivism grew as a reaction to the Natural Law Theory, as brought forward by Thomas Aquinas. Positivists, such as John Austin, argue that moral content is not an essential element of the law; it is rather a separate entity. Conseqently, laws are "not handed down from 'on high'", but rather are a man-made construct [1].

Austin believed that society was governed by three legal entities: (1) God's law, (2) Positive morality, and (3) Positive law[2]. God's law is controlled by religion, whereas 'Positive Morality' is merely a collection of societal norms and standards, such as manners and customs. This discussion is concerned with 'Legal Positivism', which serves as the main, overarching body of rules that we follow. Austin saw "law itself [as] the standard of justice". Subsequently, from a positivist perspective, there is no end goal to law[3]. Its ultimate purpose is the full obedience of subjects. The submission to the Sovereign and its laws subsequently results in an ordered and just society. In the end, "[w]hat matters is that we all do the same thing, that is, that we coordinate our behaviour"[4].

Validity of a Law - John Austin

In order to be valid, a law has to meet three requirements under legal positivist theory. It has to be a (1) command, (2) issued by superiors, (3) and backed by sanctions. Legal Positivism, therefore, dictates that law is man made and that morality is not an essential part of it. This stands in contrast to Natural Law theory, in which morality is very dominant. Valid laws must be passed by a superior, which can be anything ranging from Parliament to a king. However, it is essential that this Sovereign is common to all individuals and that its reign applies to the entire society, as per Austin. 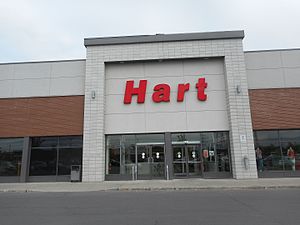 Legal Positivism developed into a more radical form with theorists, such as Hart, Bentham and Raz. The separation of legal rules from morality (Separation Thesis) provides a basis for examining the law with scepticism. We can take it apart and rationally ananlyze its virtues, rather than relying on morality to guide us through this process. Hart argues that a law may be disobeyed if members of society decide that it is an immoral legislation. In comparison, natural law theory would argue that this law is no longer a law due to its lack of morality. A law must also pass the "pedigree" test[5]. This test ensures that a law is created correctly following the rules of the political and legal system itself[6].

Validity of a Law - HLA Hart

For modern legal positivists, such as Hart, a law is more than a mere command, as articulated by Austin. A valid law must be recognized as such by the officials of the Sovereign itself. This 'rule of recognition' states that a law is credible when officials consistently apply it and believe that they are obligated to do so[7]. Positivits argue "that a rule may be legally valid and yet morally objectionable" test[8]. In conclusion, Hart states the following:

"a norm is legally valid in some society when it satisfies the criteria of legal valididyt in that society's Rule of Recognition, and a Rule of Recognition exists in virtue of a complex sociological and psychological fact, namely, that certain officials of the system apply those criteria and believe they ought to apply them"[9].

The Sovereign in B.M. v. British Columbia[10] is the Crown. In this case, the police neglected Bonnie Mooney. Her concerns and fears were not taken seriously, which ultimately resulted in the death of her friend, as well the injuries to her daughter. The BC government argues that it did not owe Mooney a private duty of care[11] and that her argument also fails due to lack of causation[12]. When applying the principles of Legal Positivism to the facts it becomes apparent that they are correct in their argument. Under common and statutory law, there is no private legal duty that a police officer owes to members of the public. According to the Rule of Recognition.

Paragraph 50 of the judgment, however, outlines the RCMP's operational manual for women facing violence in relationships. It states that "[a]ll "spouse assault" calls and calls relating to violence within a relationship, as defined in this policy, must be given priority, as the victim may be at risk"[13]. The author of the document is Ministry of the Attorney General, which receives its power from Parliament. Therefore, it appears to be a command that is given by the Sovereign. Nonetheless, the lack of authority under common and statutory law, as to private duty of care and causation, would overrrule the operational manual. The power of Parliament as the Sovereign would likely overpower the strength of the Ministry, which derives its power from Parliament.

Furthermore, the court reaches a decision that is aligned with legal positivist theory. The outcome is legitimate since the Sovereign (in this case the Parliament) did not enact a statute imposing a private duty of care upon police officers. The absence of such a legislation signals the wishes of the Sovereign. In addition, the judges rightfully decided NOT to create a new test for establishing causation. The positivist perspective is very legislation-centric and judges merely act within their limited authority that the Sovereign assigned to them. It would be inappropriate for a subordinate judge to create new legislation under the common law, such as establishing a new test for causation.

This case raises great controversy in the relationship between law and morality. While morality prescribes that we ought to care for our neighbours, the courts in B.M.decide that we don't have to. If there is a lack of causation between an officer's duty of care and a victim's harm, the police's inaction is legally justified. Positivists argue that law is created by the Sovereign and that its subjects ought to obey it regardless of its congruency to morality (Separation Thesis).

There are a number of legal issues that remain unresolved under this theory. According to Austin and positivism, the Sovereign may never be bound by the law. This is due to the fact that law is created to generate obedience amongs subordinates. The sovereign and its subordinates are separate entities and the law travels from one to the other. This can create a dictatorial and oppressive state that, nonetheless, is valid under this theory.

Furthermore, criticism flows from Hart and the 'Rule of Recognition', which appears to be very similar to morality. In instances where officials fail to recognize a law, they may be disobedient to it. This notion is very congruent to Aquinas' natural law theory, which essentially implies the same. However, Hart argues that there is another sphere to legal positivism. For example, the segragation laws in the US would be considered valid legislation under legal positivism, whereas natural law theory would disregard them as nothing more than expressions rather than true laws.

Finally, there is an inherent lack of closure in this case. A woman, who lived in fear and openly described her worrisome ordeals with the perpetrator is left out cold to fend for herself. The likelihood of an attack was reasonably foreseeable due to the perpetrator's history of violence[14]. According to the court, the police does not owe her a private duty of care and there is no causal connection between the officer's non-feasance and the damages suffered. Nonetheless, the outcome of the decision is incompatible with what society expects from the police, who are in a position of "professional controllers"[15]. Officers ought to protect members of the public from violent and dangerous individuals. So although the decision reached by the court is valid as per legal positivist theory, it does not agree with a righteous and fair outcome.