From Kumu Wiki - TRU
Revision as of 09:03, 20 October 2016 by BrianLamb (talk | contribs) (Created page with "=== Part One === thumb|1923 One morning, when Gregor Samsa woke from troubled dreams, he found himself transformed in his bed into a horrible vermin. He lay...")
(diff) ← Older revision | Latest revision (diff) | Newer revision → (diff)
Jump to navigation Jump to search 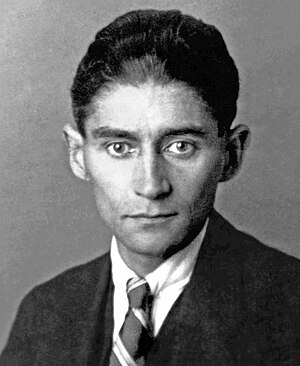