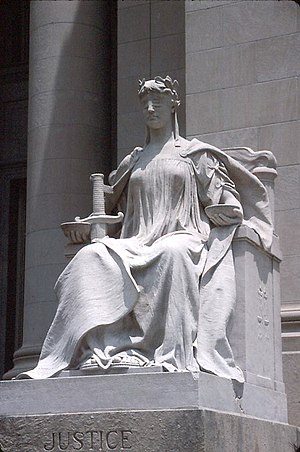 Under the Economic Approach to law, legal rules are evaluated by their ability to maximize efficiency. The normative claim of the economic approach is that these rules are justified by their efficiency. This efficiency is measured by the ability of these rules to maximize wealth, either in the monetary sense, or the social sense, which can include any tangible feeling of happiness or satisfaction. This theory of law places no focus on the morality of any given law, since any moral aspect is unconnected to its ability to perform efficiently. When measuring a gain in social wealth, the test of Pareto- Superiority may be used to calculate the precise increase from one state of affairs to another.

The Pareto-Superiority test is a kind of mathematical comparison by which a change in society is measured to see if the shift was for the better or not. A set of circumstances is pareto-superior when its people are better off or when it is preferred over another state of affairs. There are win-win bargains, under which the people of both states are better off, and win-lose bargains that see the people of one state better off than another who is compensated for this loss.This means that even though some parties initially were deprived of some social wealth, the benefit that was secured by others outweighed the loss, allowing full compensation for the set back, with additional social wealth achieved as well. When there are no further moves that may be done to benefit others without making another worse off, a society is Pareto-Optimal, and all who exist in that society have reached the best set of circumstances possible.

According to the rational-man theory, transactions that are voluntary will always be pareto-superior due to the fact that no rational actor will choose a loss for which he is not compensated. An individual will always attempt to make a transaction in which they either win, stay the same or lose but are compensated for the loss.

In contrast, The Kaldor-Hicks test allows the winner to compensate the loser so that no one would be worse off than they were and at least one person would be better off than they were in the original state. This includes all parties involved in a transaction, as well as third parties who are affected by the actions of the principal parties.

The goal in the Kaldo-Hicks Test is the overall maximization of wealth. If the gains of the winner are large enough that they would be able to compensate the loser while still being able to attain a profit, the transaction could be deemed an efficient one.

When we examine the case of E.B. v Order of the Oblates, we must take into consideration the economic approach to tort law. One of the fundamental principles of tort law is the redistribution of pain and loss, so that the innocent victim does not have to suffer, and the culpable party is forced to endure the costs of their actions. Under the Economic theory of law approach, the goal is not to eliminate all accidents or losses, but to ensure that there is an efficient level of accidents and an efficient distribution of their costs afterwards. However, if the cost to prevent harm interferes so that the loss in convenience is too high, then we must take a different approach. A preventative measure that is more of a burden then the risk itself is economically inefficient, and thus, should not be implemented by a rational actor.

The vicarious liability as seen in this case is based on a breach that is committed by someone the defendant has given authority to. The majority in E.B. v Order of the Oblates decided that the connection between what the employer was asking the employee Martin Saxey to do and the unlawful conduct must be strong before vicarious liability may be imposed. While the plaintiff undoubtedly had suffered from Mr. Saxey's conduct, and experienced a decrease in social wealth, his attempt to recieve proper compensation throught the court was unsuccessful. In not finding vicarious liability in this case, the majority made a policy decision which was seeking to prevent an inefficient distribution of costs in the future. If the court decided to find the defendant Order vicariously liable, this would have the result of reducing the efficiency of the Judicial system by opening the floodgates for similar cases. The precautions taken against future accidents must be cost-justified, in that the resources of the courts must be protected from excessive numbers of cases and calls for compensation.

The test from Bazley v Curry is used in this case to determine who can be compensated for the sake of efficiency. This required that features of Saxey’s daily duties contribute to his ability to materialize the risk to children such as the plaintiff. However, under the negligence rule, not finding any liability did not create any incentive for employers to be more thorough when selecting employees. A more careful employer than the Order of the Oblates would have paid closer attention to the activities of one of the lay workers who had daily duties at the school. An increase in care and attention would result in a reduction of the likelihood and costs of such incidents. The harm suffered by the plaintiff is clear and its severity cannot be doubted, but in not ordering any compensation for this damage, the court's decision in E.B v order of the Oblates does not provide any deterrence for employers who are operating in such an environment that inherently produces a high risk to those who are under their supervision.

The dissent in this case, however, did not place as much emphasis upon the economic theory as much as they emphasized the idea of morality, and the need for the plaintiff's damage to be redistributed to those who caused it. It was easier for them to find vicarious liability because they did not consider the total cost of future accidents and the policy issues which prevented the majority from assigning liability. Nonetheless, their approach may have followed the negligence rule more effectively in that their result would have created an incentive for employers to reduce the likelihood of these incidents happening through an increase in their vigilance regarding employee's conduct. More responsibility found on the part of the employer would increase the likelihood that employers would take precaution to avoid this harm from befalling anyone that is under their care.

The holding in this case may have been more economically inefficient by preventing possible administrative costs, however there is no pareto-superiority in this case, because there is no increase in social wealth on the part of the plaintiff in order to compensate for his past loss. It may have been possible had direct liability been sought, and Martin Saxey himself was the primary defendant; this would have led to the church benefiting by protecting their reputation as an Order that will not permit individuals in their employ from carrying out unlawful conduct. Also, it would have enabled the victim to be properly compensated for their loss at the cost of the individual who caused the harm to the plaintiff in the first place.