Feminism of law breaks into different bundles of views rather than single school of thought which is similar to legal realism. This is based on the belief that women have many different social realities and experience different things. Feminism concentrates on concrete and real experience had by women in society, it is a 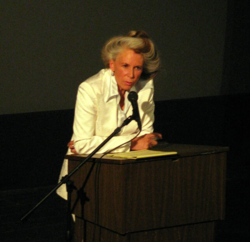 practical theory rather one that is strictly philosophical. However, even though the theories differ in various ways they all extend from two main premises:

Feminist theory expresses that laws are often sustained by the strong patriarchy present in society and therefore have a skeptical view of the law, “challenging the central tenets of traditional jurisprudence.” Feminism rejects “meta theories” and says they are fictions created by patriarchy and that they feed evil needs.

Feminism has a diverse approach to understanding society and law, and possible solutions. The main theories of feminism are as follows: Liberal feminism, Radical feminism, Marxist feminism, Postmodern feminism and Relational Feminism

The central view of liberal feminism is that women are kept as subordinates to men in society and that such dynamic is created by social barriers that bar women socially, politically, economically.[5] Liberal feminism explains that if women were to be treated equally then social barriers would subside. Being treated equally would pertain to every situation of life. Law should be “gender blind” and there should be no restraints or assistance on the basis of sex.[6] Solution for liberal feminism is the removal of all social barriers, where equal opportunity is held for both men and women in the political, economic and social spheres. Modern liberal feminism foresees the establishment of equal opportunity to involve elimination of discrimination and stereotypes. A reorganization of gender spheres where realistic opportunities are made public for women is necessary. Responsibilities, such as, motherhood must be acknowledged as worthy in society to be able to fall within the same sphere of male responsibilities and establish equality

Radical feminism focuses mostly on gender roles as social construct, a fiction made by men in the patriarchal system.[7] Patriarchy is described as a tool by which men dominate women, by creating social constructs of what is the appropriate role of male and females in society.[8] The most dominant idea is that patriarchy is so deep rooted into our society, permeating in all aspect of our lives that it must be taken apart. The general roles of men and women are said to be a fiction created by patriarchs, which are ingrained in youth through socialization. The only solution would be to reconstruct the idea of gender in order to create equality.[9] Some radical theorist such as Adrienne Rich and Mary O’Brian have concentrated on the role of women as mothers and child bearers.[10] They argue that women should be either relieved of this responsibility or to have sole control over it.[11]

Marxist feminism doesn't believe construction of gender is the main issue and that oppression of women is from the effects of Capitalism.[12] Capitalism created concepts of private property and subsequently divided the world into the public and private spheres. Women were then put into the non-economic private sphere where there responsibilities became to bear children and take care of the home.[13] This devalued female labour in the market and their labour was seen as having no value for the advancement of society.[14] Since women were seen as being unable to create a profit they were seen to be useless and of no economic benefit. The solution presented by the Marxist feminist is to change the economic system, uproot the system of capitalism through revolution, so that women will no longer be economically dependent, marginalized and exploited.[15]

Postmodern Feminism rejects the idea of a one step solution to the problem of patriarchy and suppression of women.[16] They express this to be male approach that a single answers exists and there cannot exist a single strategy. The focus should rather be on the concrete, lived experience of women’s lives.[17] This theory views the juxtaposition of women as “the other” as a positive distinction.[18] It is not to be thought of as being marginalized or objectified but rather women can be celebrated as being the other while also join the male value system.[19]

Rational Feminism explains that women and men go through different moral development by socialization forces.[20] Males are socialized under the idea of ethics and justice, where principles and rights are concentrated and abstract (144). Where women are socialized under ethics and care, where the focus is on concrete relationships, concern for others and responsibility for others.[21] However, relational feminism does not see this as a bad thing. Women do not need to assimilate with the male system, rather society must see the value in the female perspective and legitimize it as valued. Therefore, institutions must change to reflect and accommodate the values and virtues of women, such as sympathy, patience and concern.[22]

Catherine Mackinnon, a radical feminist, states that law itself creates the system where power is enforced and implemented. Mckinnon argues that law is the hammer of oppression while also acting as source for neutrality and equality. Her famous metaphor for this relationship is that law is the “site and cloak of force.” Law is the force which legitimizes the system of oppression by being masked as neutral and equal when in reality it stems from the same patriarchal system which has perpetuated subordination. The law immunizes the male point of view in concepts such as the rule of law, precedent, the reasonable person and norms of judicial restraints and prohibits a challenge to these concepts, by cloaking them as sources of equality.


Mackinnon argues positive laws which establish legal equity for women are not the solution to end oppression. It is the entire social and legal system which perpetuates the inequality and the only way to fight against the cloak of the law is for women to demand actual equality. Women should own their reality and not be ashamed of the work that is done in the private sphere. Women must stand up, speak up and fight against degradation of women in society. Furthermore, women must be cognizant that male dominance is often embodied in individual rights. Activities which degrade women in society are hidden under the concept of individual rights; so that it becomes unnatural and frowned upon to question them. For example the sexualization of women in pornography or music videos is often protected under the concept of freedom of expression and speech. Violence in the home is hidden under the concept of freedom to privacy. MacKinnon asserts these societal concepts must be recognized and confronted. The question which needs to be asked on a case by case analysis is “does a practice participate in the subordination of women or not?” Concepts such as the objectivity and neutrality of the law as cloak must be remembered and applied to such a critical analysis in order to break through the system of male domination.