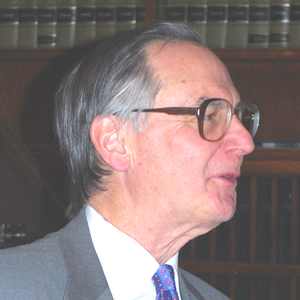 Often referred to as “higher law,” natural law is believed to stem from an external, divine source that exists independently of humans, such as God or nature. As rational creatures, humans have access to such knowledge through the use of reason. Additionally, it is believed to be static and universal since the sources that inform it are considered unchanging and widespread.

According to Thomas Aquinas and other theorists of natural law, morality and law are inherently linked concepts that are indivisible from each other. Therefore, a law is obeyed for reasons of justice, fairness and morality. In this sense, natural law has a teleological purpose: the order and behavior of all individuals must be rationally and objectively directed toward the pursuit of common and moral good – not for the good of the sovereign. This is because the common good is the morally correct end for humanity. Furthermore, any law that does not have this function is no law at all and need not be followed.

Four elements of a valid law:

1. Must be directed to the common good (objective)
2. Must follow practical reason (reasonable steps leading to the common good)
3. Must be made by valid lawmaker (ruler within community, holds this position by way of the natural order)
4. Must be promulgated (public, written, proclaimed)

In assessing the validity ss. 25(8) and 25(9) of the Manitoba Child and Family Services Act, natural law theorists would agree with the majority that the common good of this legislation is to protect all children in the province under 16 years old who wish to direct their medical treatment. This law calls for a judge to balance what an adolescent wants against external factors including the desires of his or her family and doctor. A judge must be satisfied that the child understands his or her medical diagnosis, the consequences of his or her decision and was not influenced by other people. If the court is not satisfied, this law allows a court to act as a safeguard and change the proposed course of treatment so as to ensure the child’s safety. Therefore, ss. 25(8) and 25(9) shield children from harm even if they fail to recognize what is or could be harmful to them. According to the majority, this law is not directed to the benefit of one specific individual, rather it considers multiple interests in an attempt to uphold the common good of protecting children.

In contrast, the dissent argues that a child should be able to make the decision free from the input of a judge. Naturalists would disagree with this ruling and declare the legislation invalid because it goes against the common good. A law of this sort serves to grant individual autonomy.

This law and the majority ruling, naturalists would continue, is reasonable primarily because it limits the age of children in Manitoba who are eligible to make their own medical decisions to those 16 years old and up. While the majority ruled that this is a lenient restriction and courts should address maturity on a case-by-case basis, Thomas Aquinas would approve of the practical reason behind ss. 25(8) and 25(9) because it is in line with how the common good is reached.

The Manitoba Child and Family Services Act was created by government. While the provincial legislature does hold an authoritative position, natural law theorists would argue that it does not constitute a valid lawmaker because it is too concerned with democracy and fairness. This is evidenced by the fact that most members of the legislature are elected. According to naturalists, a valid lawmaker is a person or body that is naturally inclined to rule rather than be ruled, such as a king or queen.

Lastly, ss. 25(8) and 25(9) are part of a published provincial statute that is accessible to the public. Aquinas would assert that writing the law down and proclaiming its purpose to society compels each individual – particularly children and judges however – to follow it. If the legislation had not been pronounced, people in the province of Manitoba would not be compelled to comply with it because they would not be aware of it.

Based on this analysis, Aquinas and other natural law theorists would approve of the decision in this case and find that ss. 25(8) and 25(9) are valid laws.