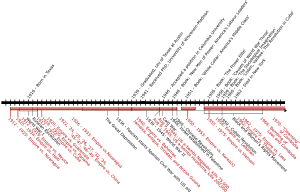 Mills was a radical social theorist. He believed knowledge is a crucial element for social change. Mills was heavily influenced by the ideas of Max Weber and his social structures were similar to Weber's. His research focussed on how society affects people in their every day lives: how they fit into a group, which social "class" they belonged to, and how society affected their problems. He analyzed the connections between individuals and wider society. Mills strongly believed that people's personal problems were not on a personal level, but on a social level. He concluded that even if one may feel like their problems are personal, theoretically, it could be something that is being caused by the society in the community they live in, and therefore is happening to every one else. Thus, personal problems have social roots, and improving people's lives force social solutions. One of Mills' famous quotes on this is: "It is the political task of the social scientist…to translate personal troubles into public issues." Because Mills lived through the Great Depression in the 30's and World War II, him and his family experienced, along with many of his fellow Americans, financial burdens and lack of employment. One may suggest that Mills' views on personal problems could link back to the Depression. For example, if someone were having trouble finding a job during the Depression, they may feel discouraged and feel as though they lack what every employer wants. In reality, there was just a huge unemployment rate in America which meant that the inability of being hired was not necessarily due to someone lacking credentials, but rather just that employers could not afford to hire many employees.

"'Neither the life of an individual nor the history of society can be understood without understanding both."